Cryptocurrencies in ecommerce: how will they be used in the future? 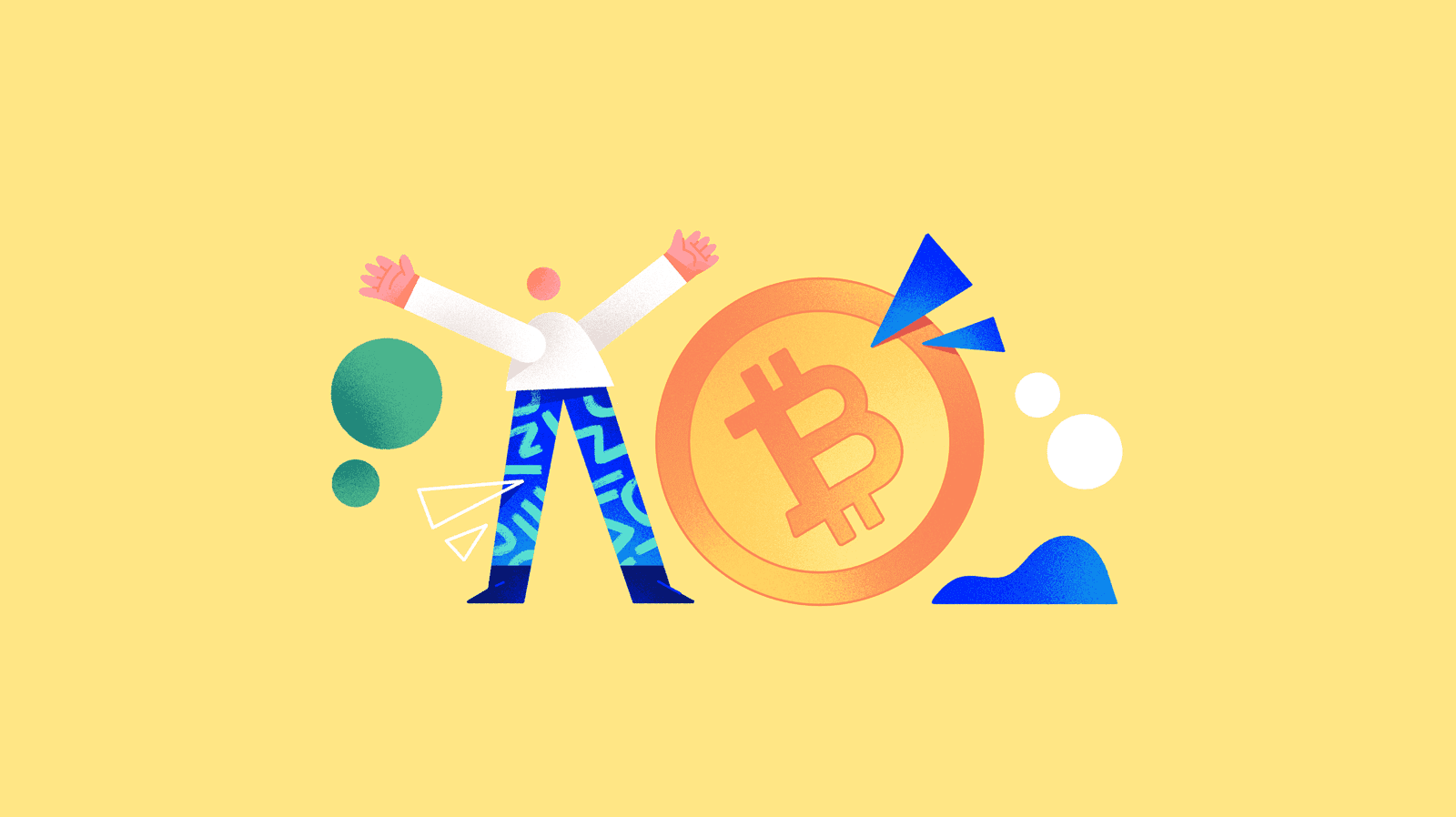 Cryptocurrencies are a decentralized digital payment system based on encryption. That is to say, this type of currency is not controlled by any state, government, or bank and it allows for direct exchange amongst its users.

These digital currencies follow the principles of cryptography — but applied to the exchange of a product/service for a value. Compared with common currency, cryptocurrencies use complex encryption that makes them very difficult to steal and counterfeit.

These transactions are based on blockchain technology, which consists of data being shared by users. This is a system that contrasts with the traditional one in which data is controlled by a single participant — like a banking institution.

The word ‘cryptocurrency’ is normally synonymous with Bitcoin in popular language.  And, although this is the pioneering and most standard model in digital use, the truth is that there are more companies that generate cryptocurrencies with varying levels of privacy, security, and usage models.

As their name indicates, Altcoins are alternatives to Bitcoin. These are digital currencies that follow a model similar to that of Bitcoin (based on a peer to peer exchange system) or one that is totally different, like Peercoin, Namecoin, or Litecoin.

Tokens are not just coins but also another type of encryption that can have a value, use, or level of security associated to them.

→ Take note: payment systems that you MUST have in your online shop

Examples of the most popular cryptocurrencies

According to Wikipedia, more than 1600 varieties of digital currencies that are alternatives to Bitcoin have arisen since 2018.

This just goes to show the volatility of the current system and the caution that users and companies must have before deciding to use an encrypted currency for payments.

Currently, amongst the most used digital currencies, the following continue to be the most noteworthy:

Working since 2008, this digital currency has come to the fore in terms of money with no physical version.

This is a version very similar to Bitcoin that was created by an ex-employee of Google in 2011. They say that their system is faster and more reliable than that of their competitor.

This digital currency is geared towards large companies and corporations that need to handle more complex transactions with higher values than a simple purchase. It uses an XRP encryption system and allows for any type of common or digital currency to be sent.

The Ethereum system is very different as it works as a decentralized app store (that is to say, not controlled by a provider like Apple or Android) based on a payment system that uses a token known as the Ether.

This is a cryptocurrency developed in China and focused on the creation of digital contracts that eliminate the need for intermediaries. 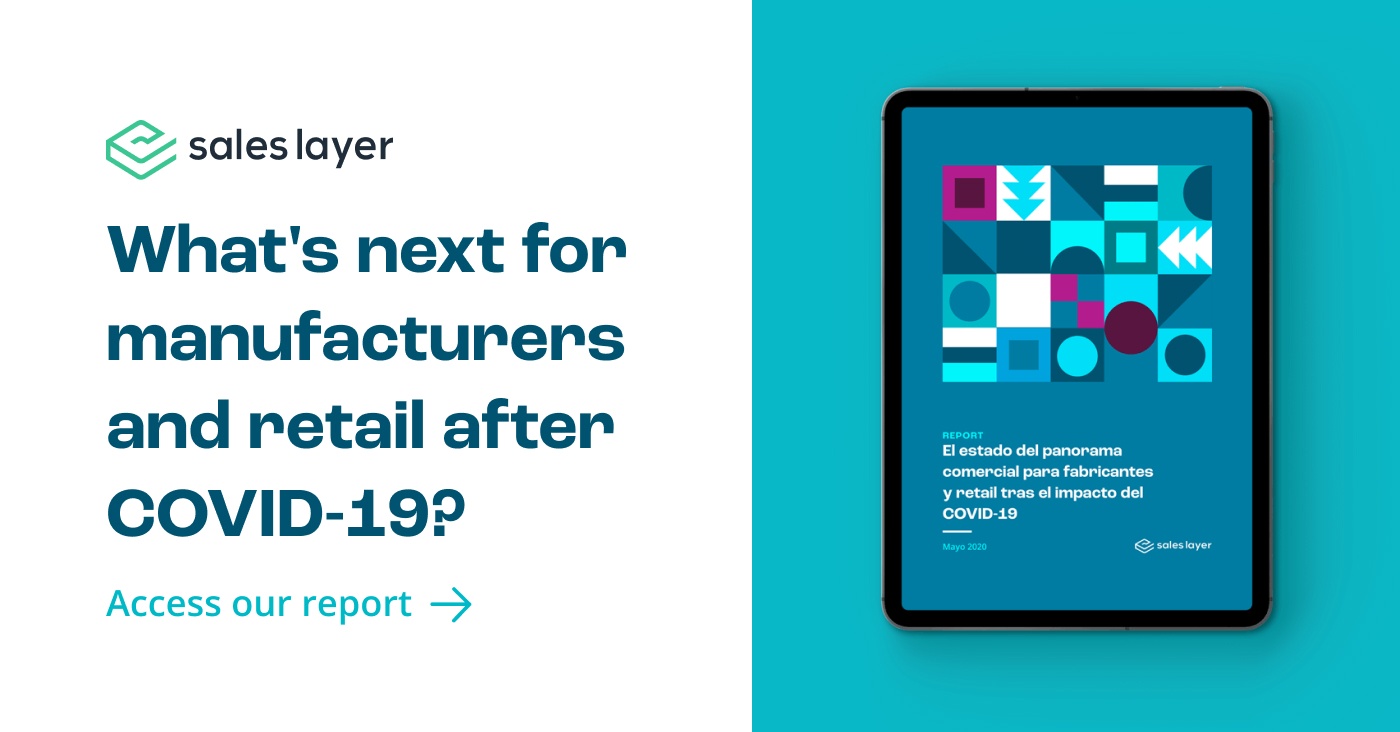 The impact of the COVID crisis on the blockchain

The crisis caused by the global COVID pandemic has also affected cryptocurrencies, as many have seen their market value reduced — including Bitcoin, which fell 50% in just one day.

Having said that, the crisis has also affected the financial stability of the population and trust in the established system, which could open the door to the development of alternatives like digital currencies. Without going into too much detail, after three months of hiatus, Facebook seems to have relaunched its digital currency project, formerly known as Libra and now called Novi.

According to a survey by bitFLyer, because of the coronavirus crisis, Europeans trust more in the future of cryptocurrencies: 66% of those surveyed believe that this will be a feasible alternative in the next ten years.

→ You may also be interested in this: common mistakes in online shop checkouts

Having said that, these forecasts depend on the geographical region: during the worst times of the pandemic, 72% of Italians expressed trust in the use of cryptocurrencies as opposed to 56% of those surveyed in the United Kingdom.

This interest has also gotten stronger in less advanced countries, like in Africa, where there are now 12 million dollars’ worth of transactions per week, mainly due to the scarcity of the dollar and possible inflation over the short term. The racial upheaval that unfolded in the United States in June also seems to have influenced cryptocurrencies.

And, the fact of the matter is, just as what happened during the 2008 crisis, society is facing a crisis that involves trust in governmental and financial institutions, based on a centralized system that seems to only defend its own interests – not the interests of the population. Cryptocurrencies and the blockchain strengthen individual power as they decentralize transactions and make a different type of trade possible.

The future commercial use of digital currencies

The use of cryptocurrencies has several benefits, but it also has disadvantages in terms of the level of current development – both for individuals and for companies.

→ Which one is better? PayPal vs Stripe, the most popular platforms 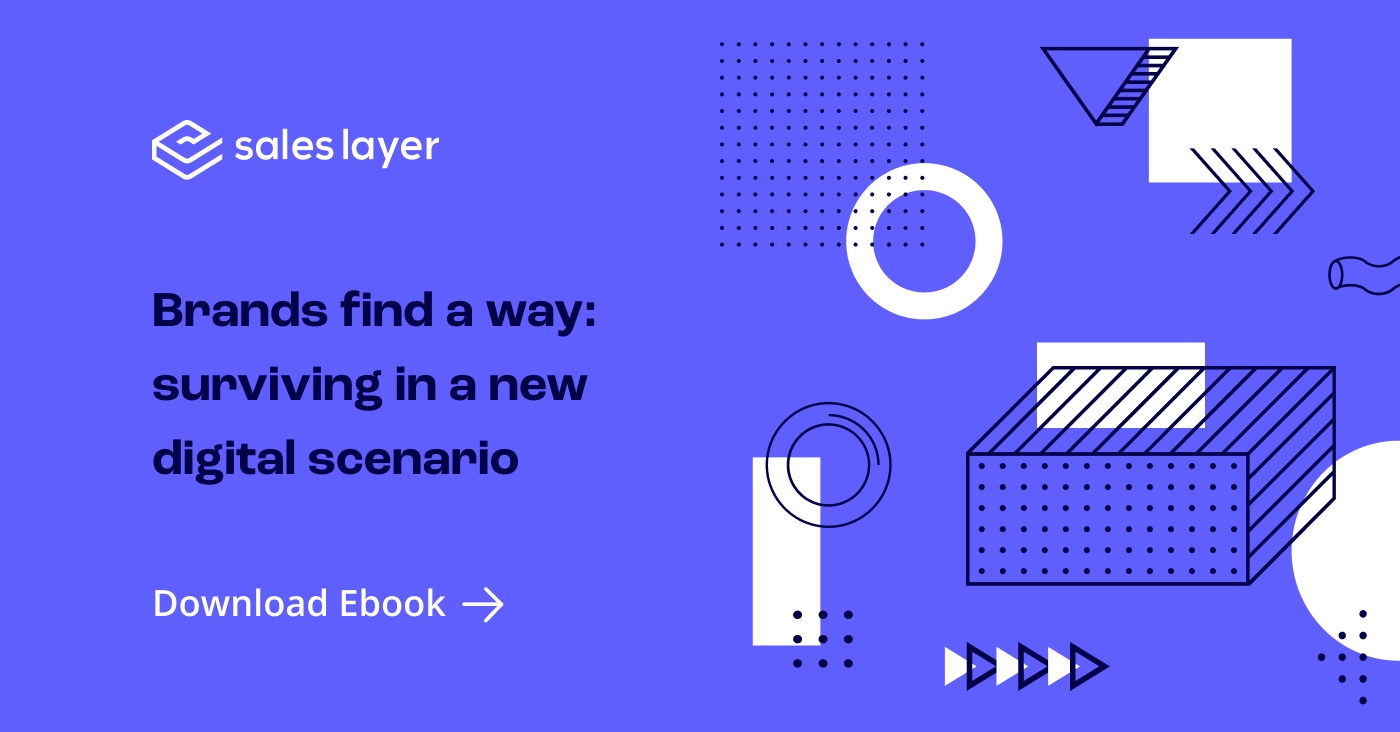 Would Bitcoin payments work for ecommerce?

As an option for the future, cryptocurrencies seem to be the perfect payment method in ecommerce as this is a digital transaction system.

Currently, their use is not very extended for large brands or for small retailers, as cryptocurrencies are only used by the most technologically advanced buyers – the minority.

Ecommerce still has the challenge of taking advantage of the increase in digital sales during the COVID crisis and educating the population on its use and workings. Digital currencies may be something to explore for brands and sellers who have a more specialized audience in sectors like computing and videogames.

→ Free download: our guide with 12 reasons why shopping carts are abandoned

How to accept payments with digital currency on your online shop

Payment via digital currencies can be complementary to other methods, just as payments through PayPal and Stripe have become normal in ecommerce and shops over time.

When accepting payments for purchases with cryptocurrencies, shops have two alternatives:

→ Discover them: the payment methods you can use in ecommerce

Conclusion: smoke and mirrors or a reality?

For years, cryptocurrencies have been a secondary topic that nobody seemed to take too seriously. As a feasible future alternative for online payments, this type of currency seems like a bet that will depend on the evolution of the current commercial scene.

The new situation brought on by the coronavirus crisis could bring about the use of digital currencies over the medium term or definitively erase them from the horizon.

Meanwhile, ecommerce managers should closely monitor news about the blockchain and cryptocurrencies in order to know how to implement them easily in the event that they become popular. Even some industries, banks, and countries like China are starting to develop their own digital currencies – which could pave the way for the rest of the world.

As with all technologies, being up to date with the current trends is the most important thing in order to adapt your strategy quickly and gain a competitive advantage over the competition. 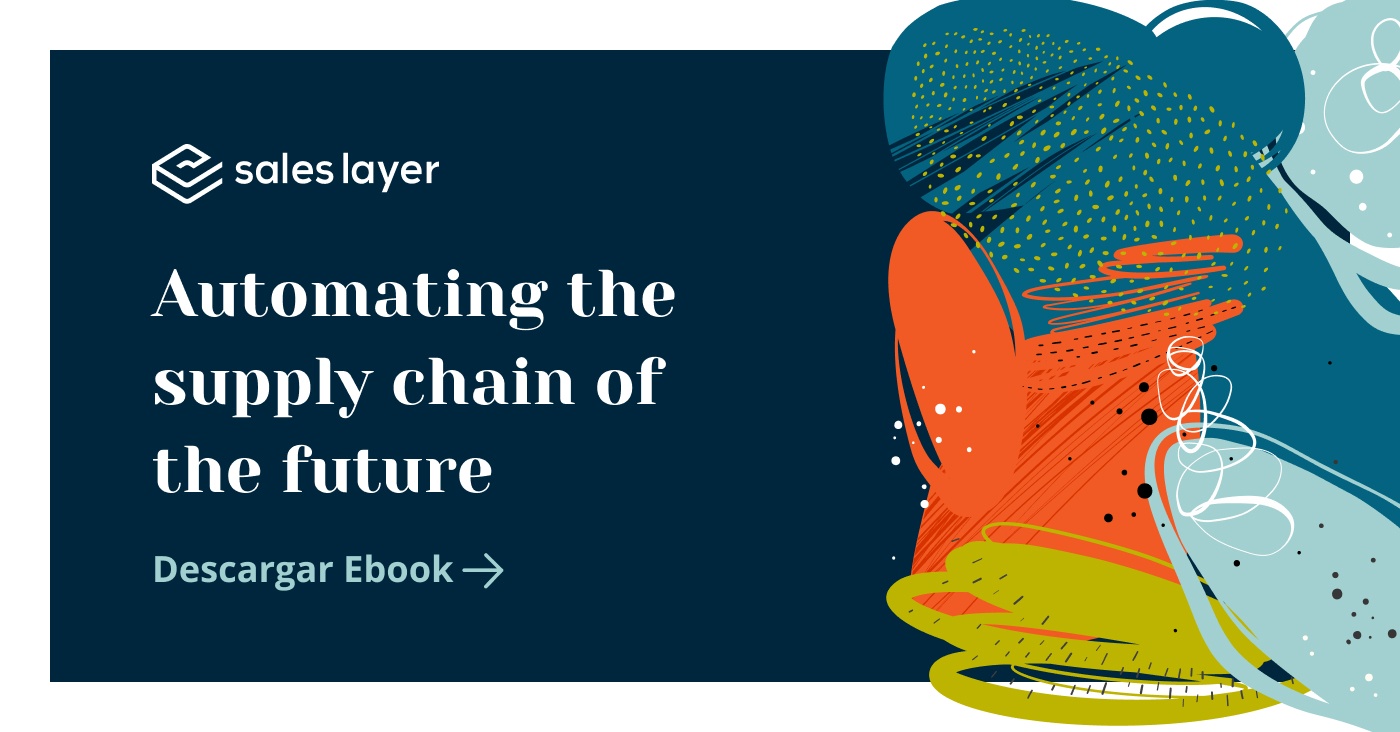 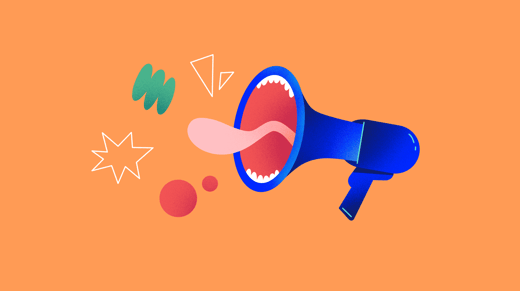 The Latest Releases in Online Sales to Refresh your Strategy

The most interesting ecommerce feature releases for online sellers and marketers. 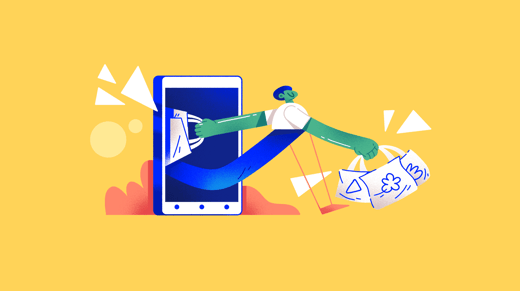 What is Facebook Shops? The ‘New Kid on the Block’ of digital commerce

How Facebook Shops works for sellers and social commerce strategies. 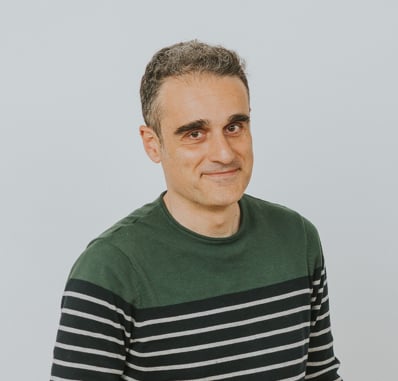 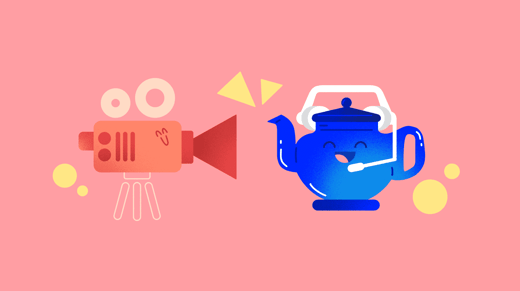 What is live stream video in ecommerce and why it's becoming popular.